When you’re in business long enough, no matter what industry, you start to pick up on a collection of certain buzzwords that are tossed around quite a bit. It can be more than a little confusing, especially when the buzzwords are commonly used incorrectly or interchangeably. Sometimes the best way to get advice on topics that have to do with procurement is best to contact an Ivalua consultant to get a professional explanation. We hope this article gives you little insight into the vast world of source-to-pay processes.

So, what is source-to-pay, and is it the same thing as P2P? These can be kind of confusing questions, especially if you aren’t up to date with the lingo. We’re going to break this down so that you can have a better idea of what these concepts are and how they can impact your business.

There’s a lot to know on the topic and we’re going to do our best to make this as quick as we can. So, buckle up and get ready because today we’re going to be looking at both of these kinds of software so you can have more information about it before your next big meeting.

There is a lot of confusion as to what P2P is both within and without the world of business. There are a lot of reasons for this, the biggest one being that P2P isn’t as commonly used as S2P, for example.

There is another big reason why there’s a lot of confusion as to what P2P is, and that’s because a rather infamous type of software shares the same acronym. That P2P is called peer-to-peer and it is not what we’re talking about today.

It makes sense that you’d have an easier time finding information about that just by searching the acronym considering peer-to-peer software had such a huge impact on the young internet. That being said, it couldn’t be further than the P2P that we’re discussing today.

The P2P that we’re talking about today to known as procure-to-pay or purchase-to-pay, and it is a process that has a subset of software applications that can help with your company’s procurement process.

Procure-to-pay is made up of the steps that it takes in order to facilitate the entire process. Procure, is to obtain – or to find – the items that are needed to fulfill the needs of the company. In the procurement step of the process, the business simply orders the items.

Once the items are ordered and successfully procured, the next few steps in the process will be towards the final payment step. Once all of the items, which can be goods or services, are obtained, secured, and paid for the procure-to-pay process is complete.

There are powerful software platforms that can facilitate the process in a manner of minutes, and go a few steps further by acquiring new sources for the goods and services.

Many companies that actively use this kind of software claim that they notice their entire procurement process become more optimized, both saving their company money and time by getting rid of all of the inefficiencies. 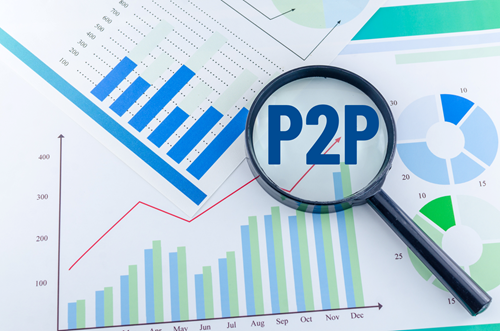 Since we’ve already covered P2P strategies, let’s start taking a look at S2P, or source to pay, software. This kind of software is kind of similar to P2P software but it does have some big differences that do entirely justify the differentiation.

That’s right, this kind of software is generally just used for finding suppliers for your business. It’s really good at that kind of thing because it can house a bunch of different pieces of software in one convenient place so that the entire process can be made that much easier.

This kind of software is commonly used by companies to help them out with logistics. The software that you can use with S2P software can really work together quite synergistically, making things easier both for your and your vendors.

When both you and your vendors are happy, you can be sure that doing business, in general, is going to be a lot easier for everyone involved. Being able to find, negotiate, contract, and pay people all in one place makes doing business with others a simpler process than it’s even been in the past.

Are P2P and S2P Software the Same?

Now to get to answering the question we posed with the title of this article, are P2P and S2P software the same thing? It can be a little confusing even with the information that we’ve gone over so far, so let’s break things down and go over a few details we haven’t touched yet.

P2P and S2P software are very similar in a lot of ways. They make doing business a lot easier and allow you to complete a myriad of tasks with ease all in one place. Both of these kinds of software can make things in your business run a lot more efficiently in the long run.

S2P’s goal is to improve on where P2P lacks. Adding small things here and there to make things easier, allowing for more kinds of software to work together to accomplish the goal, the list goes on. Out of the two, S2P is a lot more polished.

Now, are the two the same thing? That really depends on your interpretation of the word “same.” We would argue that they aren’t. S2P is something that, while similar, is different and acts as an improvement to the older systems that P2P established.

That being said, we can see why someone else might argue that they are the same thing. They have a few minor differences but the biggest is that S2P is more polished than P2P. A lot of people feel that if it walks like a duck and talks like a duck, it’s probably a duck.

That’s the fun of this little debate though, it’s entirely up to your interpretation. Do you feel that S2P and P2P are the same thing, or do you feel that the differences between the two are enough to justify entirely different labels?

In all honesty, the only time the difference really matters is if you’re actually out looking for the software and you want to make sure you get what you’re looking for or if you’re in a technical conversation where even the slightest incorrect usage could lead to massive misunderstandings.

If you’re talking to your friends that don’t know much about this stuff it doesn’t make much of a difference how you refer to either of these and you can pick your preference for which word you want to use to describe what you’re using.

That being said, there is one other reason why the differentiation is important, and that’s P2P’s association with internet piracy. Some people that don’t know much about the technology might get the wrong idea if you refer to all of this type of software as P2P.

Although, if you do give someone the wrong idea by saying P2P all you’d really have to do is say “oh, no. I’m not talking about peer-to-peer software, I’m talking about procure-to-pay software” and that should clear up any misunderstandings pretty quickly

Determining What’s Right For Your Business

As someone in charge of making choices at a business, you have a lot of things to consider on a daily basis. Everything from “should we switch to a different coffee supplier for the workers?” to bigger things like “How do we move this printed from Alaska to Florida in a timely manner?” is up to you to figure out.

Using the right software for the job can ensure that you get the right results every time and not have to worry too much about what happens. Even more so,  knowing which software will work the best can make a huge difference as well.

Whether your company is at the top of its industry or just a local mom-and-pop shop, you deserve to use the best tools available to you so that you can ensure that your company is as successful for as long as possible. That’s really all anyone wants, isn’t it?

Being sure that you’re getting the kind of software that you’re looking for can help you plan out how you’re going to achieve your goals with precision, and precise plans for your company’s future can make everything in your company go a lot more smoothly in that direction.