There are a lot of things going on in the United States Criminal Justice System. In fact, there are so many moving parts in the criminal justice system that some people even dedicate their entire lives to the study and practice of the law. Those people are called lawyers and are the only people with the right qualifications to give you any kind of legal advice. That being said, we can explain some basic principles so you can have a better understanding of how the system works. So what exactly are warrant searches? More so, what is a warrant?

Let’s take a dive into this particular part of the criminal justice system so you can be sure you at least have a basic understanding of what this part of the criminal justice system does. Do keep in mind that because we are not lawyers we cannot give any legal advice. All we can do is explain basic concepts and how and why they exist the way that they do. If you’re looking for legal advice you’ll want to find a lawyer in your area that specializes in the kind of case that you have to be sure that you’re getting the correct information.

What is a Warrant and Why Do They Exist?

Before we get too deep into what a warrant is, let’s make sure that we understand why they exist. In order to explain why they exist, we need to take a look at how things were about three hundred years ago. This would be about the time of your eighth or ninth-great grandparents, potentially even your tenth-great grandparents if you’re young enough. Way back in the days before the United States officially became a country and was still nothing more than a British colony.

The year was before 1776, for a long time before 1776. The crown, also known as the British monarchy, would issue something that was commonly known as a general warrant. These warrants were issued and allowed police broad sweeping power to execute the orders by whatever means they saw fit. For example, let’s say that the crown issued a warrant to stop the revolutionaries that lived in this young America. Police would have the ability to arrest, search, or seize whatever they wanted for any reason no matter how large or small. The police saw your cousin talking to someone who’s suspected of being a revolutionary? Immediately arrested.

This, as you might imagine, was incredibly unpopular among the settlers. Any time someone left the house they couldn’t be sure that they would be able to make it home without getting arrested. At this point in time, homicide was also incredibly common so you had many things to worry about when you leave the house. Epidemics, crimes, and British police that have unfettered authority made life in the colonies very stressful. Many of the settlers felt that they shouldn’t have to worry about the police on top of everything else, and that’s why things started to change.

Of course, you’re probably familiar with the phrase “taxation without representation” as being one of the biggest rallying cries of the early settlers, and these general warrants were just another symptom of the bigger issue. When the United States finally got around to making the constitution, which was after the Declaration of Independence, one of the first things that they did was entirely outlaw these general warrants. This was done in the 4th Amendment, which ensures that people in the United States are secure in their persons, houses, papers, and effects against unreasonable searches and seizures.

In the modern-day, specifically because of the 4th amendment, warrants are orders that are issued by judges or magistrates. These orders declare that the search or seizure is constitutional. Different states have different requirements for how these orders must be filled out. Some states are incredibly strict about what needs to be included in a warrant, while other states are a lot less strict about it. In order to know for sure what your state requires you’ll need to look through your state’s statutes or talk to someone that is authorized to practice law in your state.

What is Required on a Warrant

As we mentioned, different states are allowed to set their own requirements for how a warrant must be filled out. While this is true, there are some things that are constant in every state. In this section, we’re going to take a look at what’s most commonly required, what’s less commonly required, and how some states are more or less strict about these requirements. This information is crucial for understanding exactly how warrants work in all of the states. If you know a bit about how each state works, you might even be able to guess which states are more or less strict.

Firstly, warrants typically require the first and last name of the person in question. That being said, many states will allow a reasonable description of the suspect if the name isn’t available. Every state does require that a warrant lists off the crimes that are believed to have been committed by the suspect. This is required no matter what because without this you would be running into a lot of the same issues as general warrants. The whole reason why warrants need to be issued by a judge or magistrate is that they need to be sure that the order is constitutional.

Many states also require for the warrant to have the name of the office where the judge or magistrate works. So, for example, if they happen to work at the Hamilton County of Ohio Courthouse, that would need to be listed on the warrant. This one is usually the one that has the least amount of thought put into it because it doesn’t matter where on the warrant it needs to be. Many judges and magistrates have this information on the letterhead which makes it pretty easy to plan ahead and make it easy. 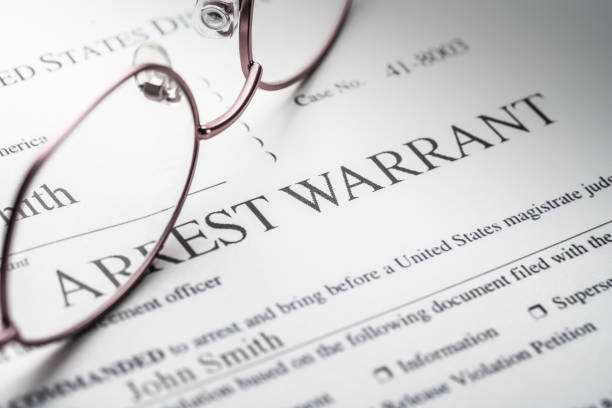 Now, in most states, an incorrectly filled out warrant is enough to have it thrown out. An incorrect date, missing signature, wrong suspect name, or even missing name of the issuing court can be enough cause to have a warrant thrown out. Most states are strict about this. If a warrant is turned in incorrectly that’s that and that can mean the end of the case. In other states, it’s not uncommon for there to be more wiggle room in the form of the state allowing a judge to fix any sort of clerical errors after the fact. In states where that’s not an option, it’s not uncommon to have someone look over a warrant before sending it out.

Most states prefer not to have court cases thrown out because of errors on warrants, but it still happens occasionally. Judges and magistrates need to be careful about how they issue their warrants in the vast majority of states so they don’t accidentally give the suspect an out. That being said, judges are typically very cautious about this because they want to be completely sure that a small error doesn’t allow the suspect to go without being tried for their alleged crimes. That can mean pretty bad things, including the suspect running out of the country and law enforcement being made entirely unable to catch them.

There is an enormous amount of information to know about the American criminal justice system. From top to bottom everything is incredibly complex, and the language that the laws are written in doesn’t make things any easier. As an American citizen, it’s important to make sure that you understand how this stuff works so you can know what your rights are, and what they aren’t. While it might be confusing, there is a lot of information available on the subject.

Whether you go directly through the statutes and try to decipher what they’re saying, you’d prefer to read the information available on lawyer’s websites, or even by reading articles just like this one from around the web. No matter how you prefer to get your information, there’s always a way to learn more and more about warrants so long as you know where you’re looking and how to read some basic legalese. The internet has made this task a lot easier than it’s ever been in the past, and there are abundant resources available to help you get the answers that you seek.